The application of ZINGA was done in August of 2007, the oil storage tank has been blasted with a profile average of 75 µm. The application team really loved working with ZINGA after using epoxies for years, as they did not have the worries about dragging  blast-hoses across semi-cured coatings or applying an epoxy in the morning and letting it cure for a few hours and then continuing to blast (with grit flying everywhere) and with the first-stage epoxy ending up as an unplanned non-skid surface!

The contracting team could already walk on the ZINGA after only one hour, dragging their hoses etc and blasting adjacent to where the first-stage zinc layer stops with no adverse effects whatsoever. 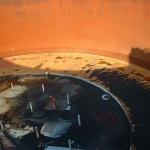 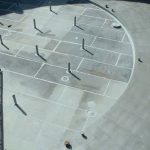 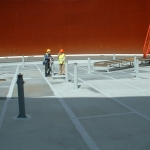 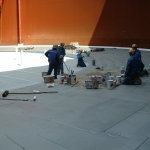 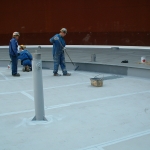 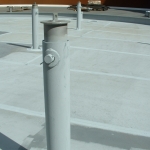 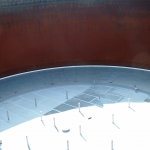 Since 2006, 4 huge storage tanks for hydrocarbon products that are property of Shell have been repaired using a system based on ZINGA.

The biggest of these storage tanks measured 16 meters in height and 20 meters in diameter and has been repaired in November 2007. This storage tank (together with another one that was treated in August 2006) is located in Mohammedia.

This repeated use of the system based on ZINGA proves the quality delivered (even in marine environments).

ZINGA has been overcoated with Zingalufer (sealer) and a local PU topcoat. 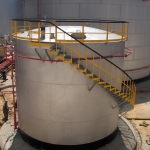 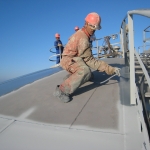 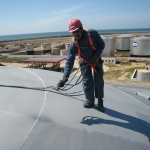 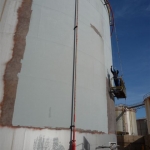 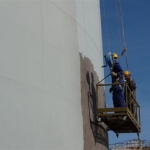 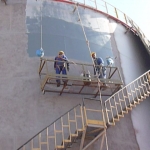 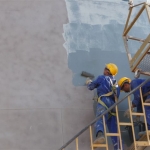 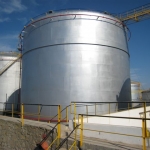 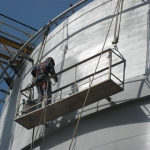 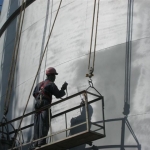 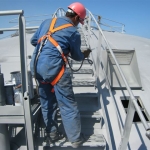