Pictures of the Teatro Municipal in Rio de Janeiro. The iron roof and the ornaments above the entrance have been treated with ZINGA. The theatre is a copy of the Opera in Paris. The lean-off roof above the box-office was heavily corroded and therefore very unsafe for the public. An inspection pointed out that the iron frame of the roof and the ornaments (the lion heads) consisted of a mixture of materials : galvanised steel, cast iron and soft iron. Here and there zinc rich paints had been applied. Everything that could possibly be removed, was brought to a work shop for welding, grit-blasting and zinganising. The rest was prepared and treated with ZINGA on site, on days of low relative humidity (< 80%). Once the whole structure was reinstalled, a chocolate brown silicone topcoat was applied on top of ZINGA. 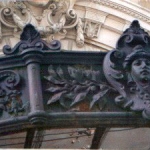 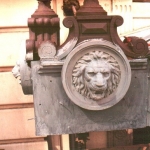 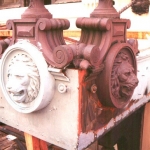 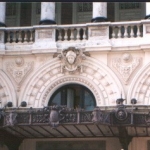 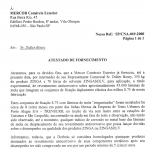 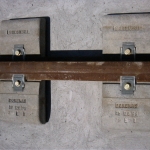 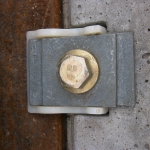 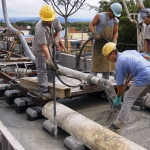