In 2011, the construction of a new Waste-to-Energy facility was started. This project ‘Runcorn II’ should be finished in 2014/2015.
The facility is located in Manchester, UK where it will offer a solution for the large amount of municipal waste by using this waste to produce up to 80 MW of electricity and 54 MW of heat.

The company ‘Viridor EFW’ has awarded the contract to ‘Keppel Seghers’ (cooperation between ‘Keppel Seghers Belgium’ and ‘Keppel Seghers UK’) who will provide the technology.
The actual constructing was undertaken by the ‘Sisk Group’. In turn, they contracted ‘Fisher Engineering’ to galvanize and install heavy steel beams.

The large steel beams at the top of the building, which are too big to be hot dip galvanised, were treated with ZINGA.

At a cost of €185 million, this is the first major project in the UK where a combination of hot-dip galvanised and film-galvanised steelwork has been assembled into a single structure. It clearly illustrates that the electrical potentials of the two zincs are well-balanced, and one beam will never go anodic to another and hence no galvanic corrosion can occur. 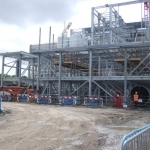 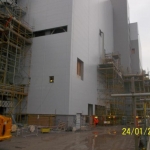 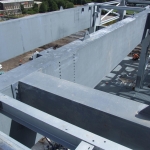 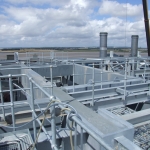 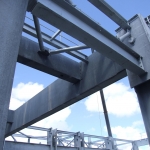 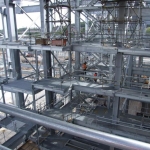 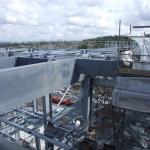 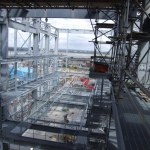 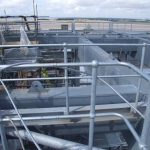